I have been working in schools in various capacities for over 24 years. I have covered a various roles from class teacher to headteacher and I have seen behaviour managed successfully and unsuccessfully in equal measure.

In my early career the school I worked in did not really operate a strategic approach to behaviour management and it was left to the class teacher to manage behaviour in their own rooms. This was successful for experienced colleagues as they had a wide range of skills and knowledge to use to manage behaviour in isolation. The first problem with this was I noticed that staff tended to deal with behavioural issues in their own way, essentially as they saw fit. This meant children were learning new expectations each year. There was, in effect a different expectation in each year group.

In my NQT year I found it really challenging to manage the behaviour of a number of children in my class. One child would routinely disrupt lessons and I was lucky to have a more experienced colleague across the corridor that would help me out. She would speak to the child regularly and give me some respite. I sent him to the headteacher a couple of times when he became abusive or aggressive with other children, He would be back in my room in 10 minutes with a smirk on his face. This boy was not being helped by the approach to behaviour that the school had taken, perhaps he was aware that he could basically do as he pleased without consequence? Only he would know. I even had the headteacher call me from my training course once as the supply teacher had walked out, in disgust at the behaviour.

One day a pupil from another class kicked out a panel of glass in school and the headteacher chatted to his mum about the damage but the child faced no consequences for his action. Looking back at the culture of the school there were clearly significant issues in dealing with challenging behaviour. Exclusion was very rarely used. On reflection I think the children would have been puzzled when exclusion was used as there was no rationale behind it. It was as if the decision would be made as a stand alone sanction, rather than part of a wider strategy.

It could be argued that more exclusions would not have helped the children in the school but my own view is that a strategic approach to managing behaviour would have made it clearer to the children what the expectations were in terms of reward and indeed sanctions. If there had been a stepped approach to managing challenging behaviour the children would have been clear that they would face sanctions for poor behaviour. It would also have been clear that exclusion would happen if the poor behaviour continued during the sanctions being applied, or if the child did not alter their behaviour and it began to be dangerous or placed people in a situation where they could be harmed.

In my career as a headteacher I have permanently excluded three pupils. I am disappointed it got to the stage where it happened, but each time it was my view as a professional, that I did not feel my other pupils or colleagues were safe. I regret that I was unable to avoid carrying out the sanctions but I felt it had to be done.

In my current post I have made 2 fixed term exclusions in 5 years and I have not carried out a permanent exclusion for seven years. I believe the system we have in school for managing a range of behaviours is successful. Staff and pupils are well aware of the approach we have in relation managing children who may struggle with behaviour and I think because of this, our exclusion rates are very low.

Do I believe exclusion is a necessary tool in the range of approaches a school can take? Yes I do, however, it should only come as a very last resort.

I have considered the use of isolation booths and I am daring myself to write about that next. 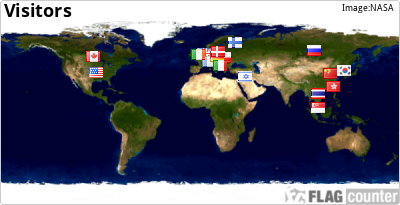